Dyfodol i’r Iaith has supporters from every part of the country. They have stated that “a non-governmental organisation needs to be established that will have influence by responding creatively to the new legislative and political context of Wales.”

Amongst Dyfodol i’r Iaith’s supporters are those listed below. Join them on this journey to demand a voice and future for the language! 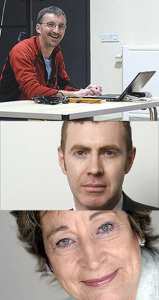 You can support in various ways. We need about £120,000 to achieve the aim of running an office employing two full time staff members who will be pressing for policies which will benefit the Welsh language. To become a full member we ask for a contribution of £10 a month (substantially less for students, the unemployed and people on benefits) There are other options for those who only want to support or who want to sponsor the organisation with a substantial donation. Click on the option on our home page for more details. You can pay by Standing Order or cheque.

We wish to emphasise that Dyfodol i’r Iaith, though a company limited by guarantee, is also a democratic organisation. Officers are elected at a general meeting where any member may express an opinion and propose motions with regard to the focus and policies of the organisation.