Dyfodol had a very successful week at the National Eisteddfod in Denbigh. We would like to all that enrolled as members and especially to the anonymous gentleman who donated £350 to the organisation.

We had a very constructive meeting with the First Minister, Carwyn Jones, which will hopefully be the basis for further discussion in the autumn. 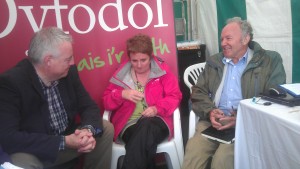 On Tuesday the Societies Pavilion was full for a public meeting where Emyr Lewis delivered a speech on Planning and the Welsh Language where he argued that the Welsh language must be included on the face of the proposed Planning Bill if we are serious about protecting the language. 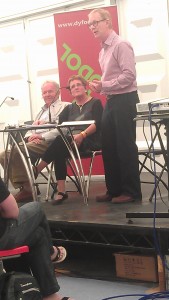 An Annual  General Meeting for members will be held in the autumn with details to be confirmed soon.